The source code can be found on the following github account.

Make sure you have the following packages:

If you are on ubuntu, you can install these packages using the following command:

You should see QEMU starting with the compiled program. 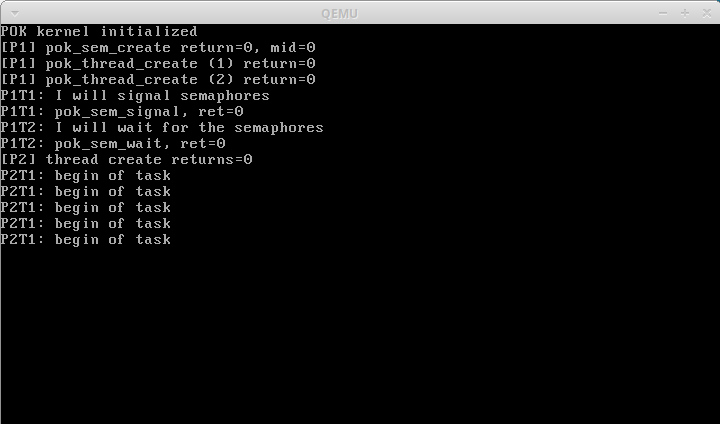